I hadn’t stepped foot inside a high school since the day I graduated. Although I promised certain teachers and advisors I would visit, I secretly knew there was no way I’d ever go back unless I was forced to—you know, like if my cousin’s basketball team was competing in the championship game…or if a friend of the family had the lead role in the school play. But more likely, I assumed the next time I would enter a high school would be the first day of my hypothetical non-existent child’s freshman year.

Why was I so resistant to visiting? Because high school SUCKED. And I’m pretty sure it sucked for my entire graduating class, too, minus the ten individuals popular enough to rack up a senior superlative.

These would be those 10 individuals

You can imagine my hesitation when I was sent to a high school in the middle of NOWHERE to table for work. It took me two hours of driving on bumpy backroads, ridden with pot holes and frost heaves from the unforgiving winter, but I finally made it to the school.

The second I walked through the doors, I heard a muffled woman’s voice on the loud speaker announcing the news of the day. “Prom tickets will be sold all day in the career center and cost ten dollars.” I pictured her to look exactly like Phyllis from The Office—soft-spoken and nice.

My image of her quickly changed when she announced, “Just a reminder, NO senior will be allowed to walk at graduation OR participate in any senior activities until he or she has completed their requirements.” She really made sure to emphasis the word NO. I had forgotten just how strict high school was.

I set up our informational table just as the bell was sounding…and what was such a strange, foreign sound that was. The last alarm I experienced was a fire alarm…at 3am…in a hotel. 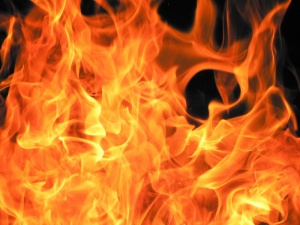 But as foreign as that bell was, not much else had changed. High school was still high school. The nauseating smell of cafeteria food wafted through the air.  The bathroom hand soap still felt toxic. And kids were of course divided into cliques.

There were the popular girls, or as I thought of them, the Mean Girls. They traded their backpacks for knock-off designer hand bags. Their hair was colored and straightened, and they had a face full of make up. They dressed in the most revealing clothing. Just looking at them was exhausting—it must have taken them HOURS to get ready.

Then we had the awkward, nerdy boys. They wandered around the informational fair with their hands in their pockets, and their heads down. They did their best to look invisible. Unfortunately, it just made them look more uncomfortable.

The jocks were my favorite group to watch. They spent the entire time HITTING one another. No seriously, I mean physically punching/smacking/slapping each other around. And this must have been a pretty common occurrence because the teachers did nothing to stop them.  It was very strange.

Goth chicks in my day had been replaced by their sister group, the Emo girls. They rocked mostly black clothing, dyed black hair, and more black eye liner than Janeane Garofalo.  And just like when I was in high school, I had no idea why they were so mad.

Because we were stationed right next to the State Trooper’s table, I got to really analyze the gearheads: the type completely obsessed with anything containing an engine. They asked the trooper lots of questions containing the words, “horsepower,” “V-8,” “throttle,” and a bunch of other terms I was unfamiliar with.

Let me tell you though, the trooper was in his hey-day! He was finally the popular kid at school. The students gathered around his table to watch his action-packed police video and asked him question after question about being a police officer. “Ever shot anyone?” “Ever been on a high-speed chase?” “What’s the craziest thing you’ve seen?” And the most popular question of all: “Will you tase me!?!?!?”  (which he disappointingly answered “no” to every time.)

When it was finally time to leave, I was thankful to be on my way. High school was exactly the same as it was ten years ago: Brutal, disappointing, and nowhere close to the “best years of your life.”